Skateboarding in the Olympics 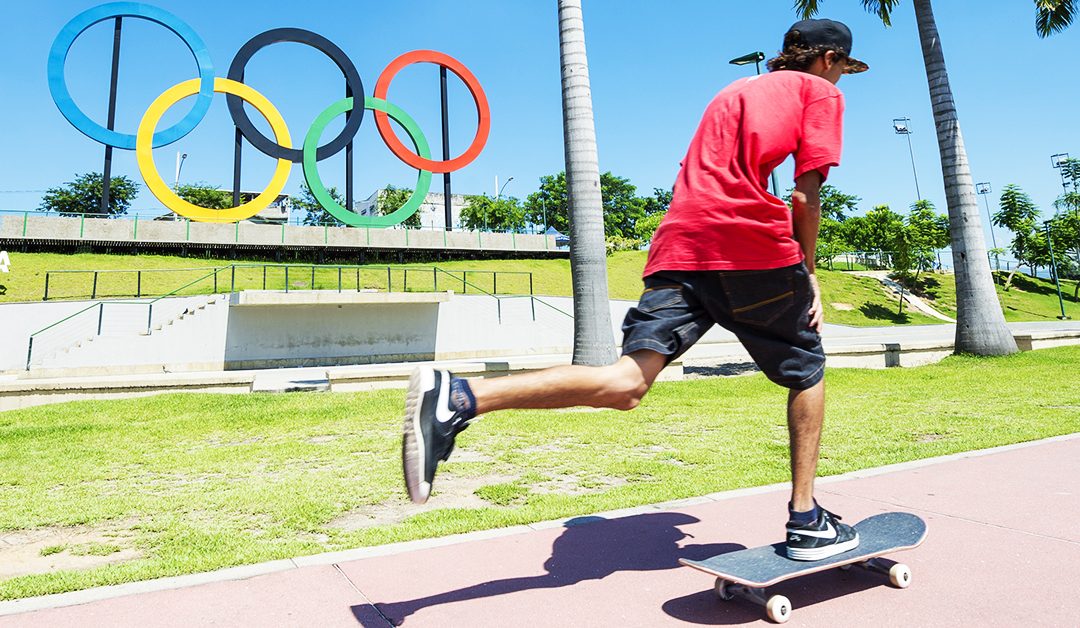 It’s official, skateboarding is going to be in the Olympics. Is this good, bad or both? I grew up playing traditional sports like baseball and basketball.

My father was my coach during little league baseball. He took our Bad News Bears team all the way from place to third place in one season. I learned early about winning and losing. I learned the value of teamwork and camaraderie. Team sports have value in our society and a good coach can teach monumental life lessons no matter which sport it is.

After doing team sports in my youth I thankfully discovered skateboarding. Skating had no rules, no teams, no regulations, and no limits. My board gave me a creative outlet and complete freedom. I stepped onto a skateboard to simply have fun, competing was never a reason for me to get into skateboarding. When competitions would arise my friends and I would go mainly to and meet other skaters.

I entered my first competition in 1986 at a YMCA and won a T-Shirt for first place. Through the years I have entered a plethora of skateboard competitions. I have won some and lost some. After years of competing it never seemed quite right that skateboarding should be something to judge or have a point system. The older I get the more I understand the artistic side of skateboarding. Is one painter better than another painter? Art shouldn’t have rules or regulations.

Skateboarding has reached a public level of interest to be in the Olympics. A positive element of the Olympics would be a large spotlight it would put on skateboarding today. This will indeed inspire a whole new generation of kids to discover the activity. Maybe the spotlight will help diminish a lot of stereotypes that all skateboarders are subject to.

When I started skateboarding years ago it didn’t have a big spotlight. There was a subculture, a brotherhood of sorts. We never got into it for validation to be mainstream. Weighing the pros and cons of skateboarding, being in the Olympics is up to each individual. No matter what platform skateboarding is publicly displayed, a true skateboarder will always continue to skate despite the size of the public’s spotlight. Judges, trophies, and point systems aren’t why we get into skateboarding. We do it for the ultimate freedom, the fun of it, and the pure love of it.