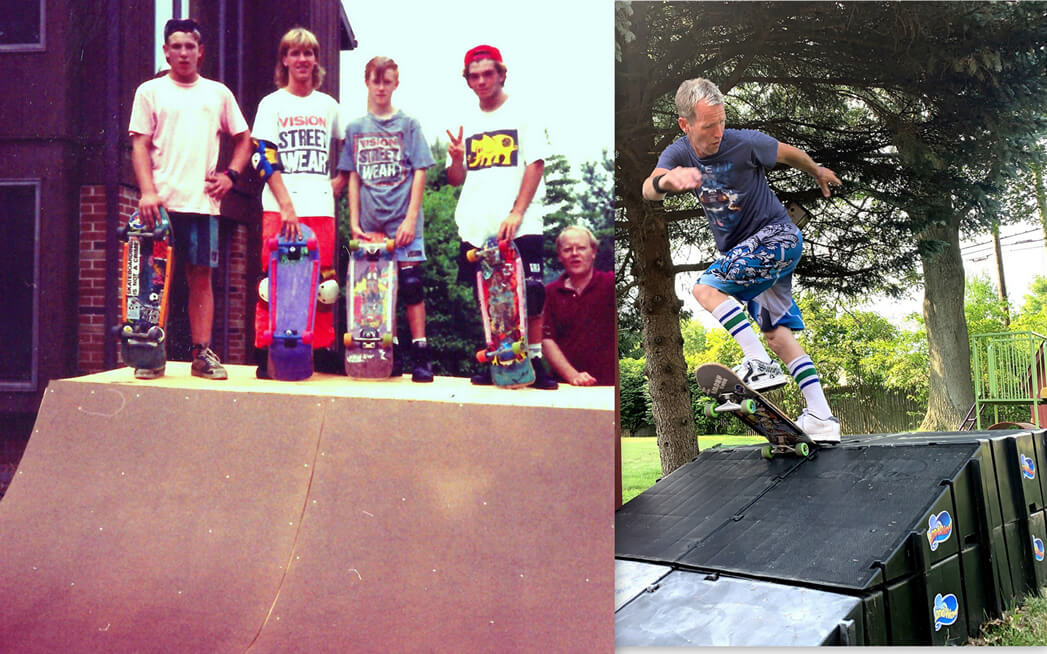 The first day of summer typically starts on June 21st. It’s the date of the longest period of daylight and the shortest night of the year; when the Earth’s North pole has its maximum tilt towards the sun. For skateboarders June 21st is recognized as national Go Skateboarding Day. This annual holiday was created by the International Association of Skateboard Companies (IASC) to promote skateboarding.

The holiday was started in New York City by Kerel “SriKala” Roach and Bryan Chin in 2002. It was Originally called the All Star City Skate Jam and later renamed Go Skate Day in 2004. I remember this time well. Each year the recognition of the day grows and many events occur. One special summer in 1990, when I was in high school, I built my own backyard mini ramp in one day. I orchestrated a ten man team and we started at 9am and finished by midnight. My dad brought us all Taco Bell for our lunch break.

I bought the wood from Moore’s lumber with my own cash. I’ll never forget looking out my window in the middle of the night and seeing the glow of the moon on the new Masonite surface. My summer days were spent waking up and skating my ramp, eating breakfast on the ramp deck while listening to the Beach Boys and ACDC, going to my skate shop ‘The Skate Shack’ from noon until 4pm, going back home and skating the ramp with my crew, and skating street until the sun went down, and repeat.

Microwave pizzas, bleaching my hair with Sun-In, blasting Def Leppard, Guns N’ Roses, and Metallica from my boombox…I lived the ultimate sufer/skater lifestyle those memorable and glorious summers. I may not have that mini ramp anymore but I now have my LandWave ramps which I use to the fullest, with endless possibilities and because it’s the world’s only stackable ramp. This summer stay active and be safe.