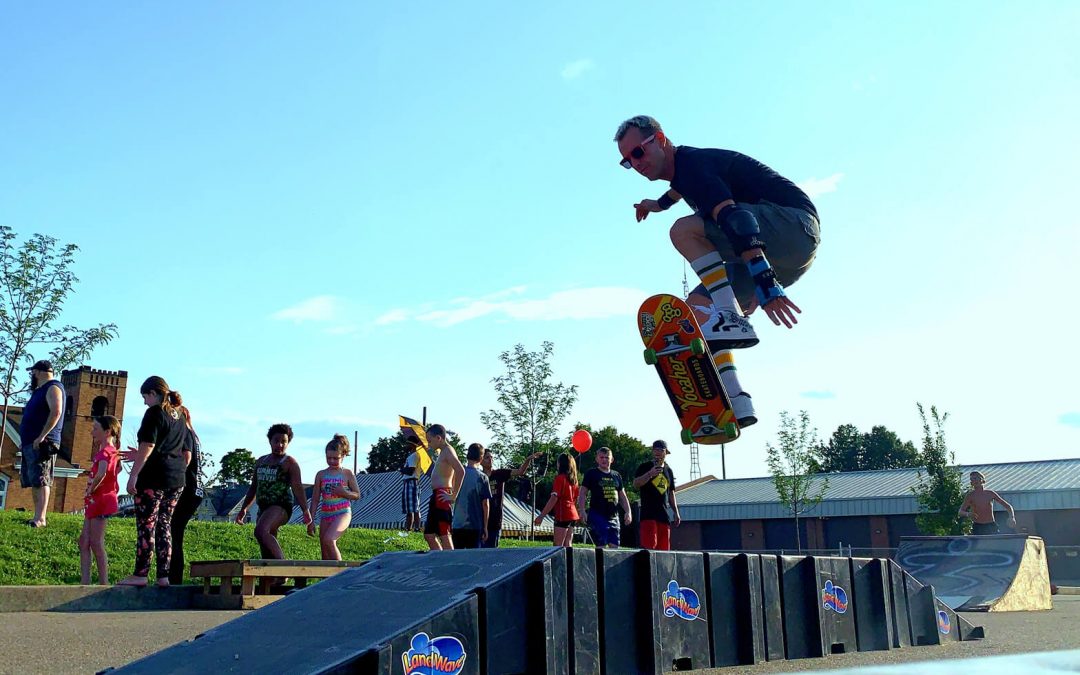 I started my own one-man rock band in grade school, which included original songs and albums that I would make on a cassette recorder. For each I would make original artwork and go on tour. My tour itinerary included being in a different, pretend location for each show–one day would be Texas, the next Chicago, and so on. I constructed an elaborate stage complete with lights, costume changes, the works.

Fortunately, my encouraging parents saw the stars in my eyes and persuaded me to go to an audition for production of Tom Sawyer. I went to the audition nervous, yet sang my heart out just like I was performing at my pretend concerts. To my surprise, I was handed a big script and was cast the lead role as Tom.

After that early experience, I became a childhood actor. Through the following I found myself in the spotlight being in bands, which led to pursuing a career in music after high school. I never stopped skateboarding the entire time. I never saw myself as a professional, yet that spotlight shined on me after being discovered at the Gravity Games in 2002.

Now after 17 years of being a professional skateboarder, I’ve also become an author and motivational speaker. Your dream may change and take unexpected turns; however, having drive, determination, courage, and believing in yourself are key components for your dreams to come to fruition.

Nothing happens overnight. I’ve survived many speed bumps and challenges on my road to where I landed today. Staying and making good life choices have kept my dreams in motion. you choose a path that leads to helping others and making a difference in people’s lives.

My skateboard has become my microphone to reach others in a positive way. You can do the same, by putting your dreams into action.